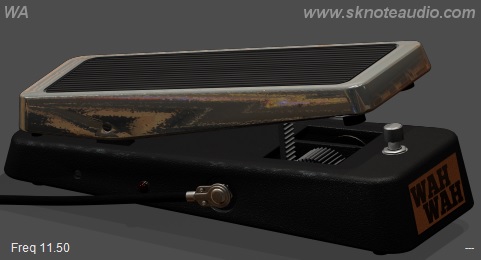 WA is a digital version of a classic Wah Wah pedal. Great on acoustic and electric guitar, bass and a lot of other sources. To add the classic vocal-quality sound to solos, chords and rhythms. It just sounds right.