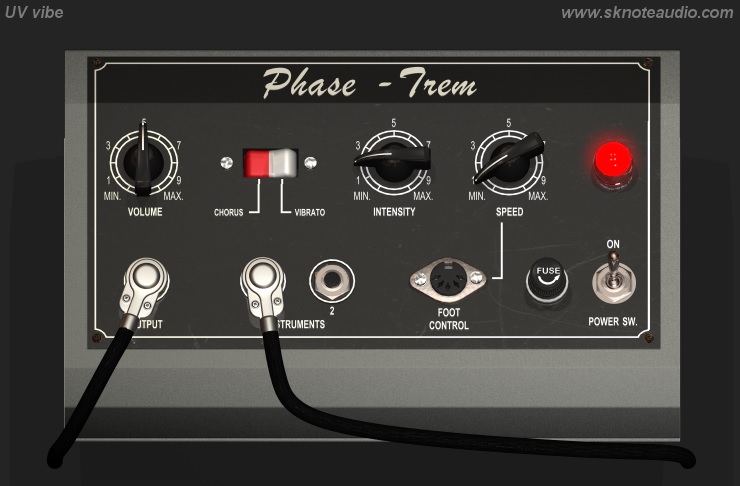 UV vibe is a component-level model of an extremely famous modulation effect, originally designed for guitar but great on a lot of sources.

This model of the vintage design (a lamp controls four light-sensitive devices to modulate the signal) contains the details that made that beautiful unit so famous.

UV vibe – Modeled after the old one, the Vibe with a lamp inside. Modeled after the famous vintage version of an UniVibe. A lamp light emission is modulated by an oscillator and four light-dependent resistances affect the response of relevant phase-rotation stages. The result is an unique and unmistakable combination of pitch-shifting, chorus and frequency-dependent tremolo that cannot be emulated by other styles of modulation. On electric guitar: