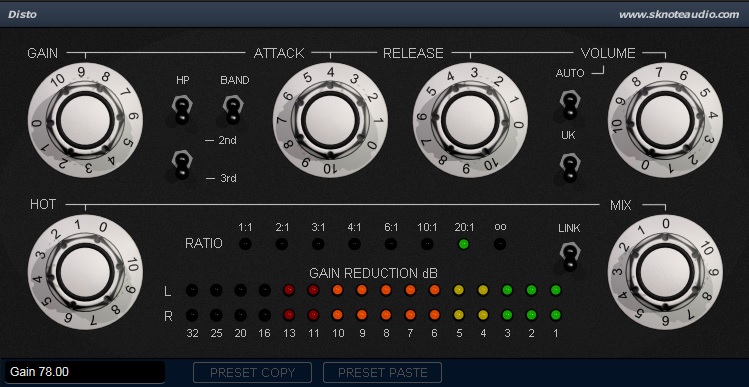 Disto-S is a simple and powerful version of Disto, and includes the new algorithm and an extremely powerful autogain feature for automated level matching (matches output level to input level, see a separate post for details).

Disto-S emulates a Distressor hardware unit by Empirical Labs. It adds a few features to make its use easier thanks to the digital world.