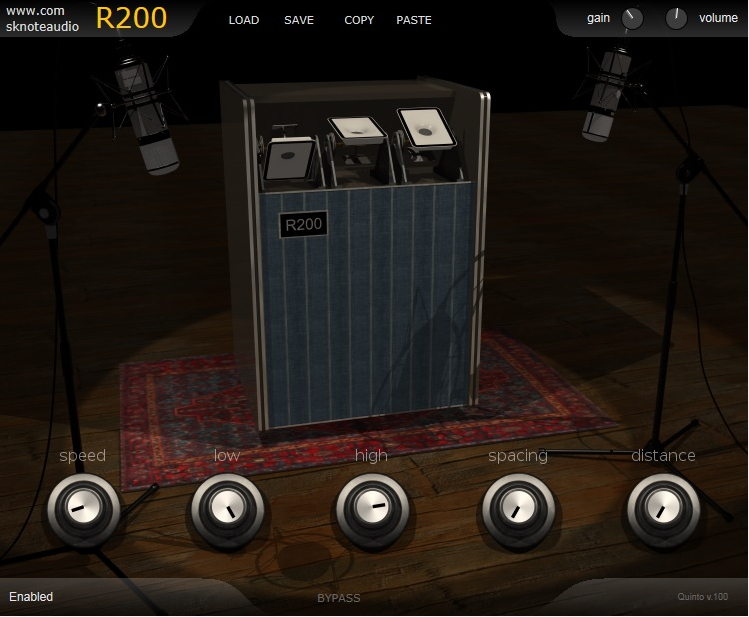 R200 is a faithful, physically modeled reproduction of a vintage, quite unique amplifier.

The effect is an unique combination of amplitude modulation, phasing, pitch shifting, chorusing.

Very well known by Pink Floyd fans for its use in some of their most famous songs like “Shine On You Crazy Diamond”, “Us and Them” and more, in studio or live versions, it is quite rare and heavy.

We modeled the electronics and the mechanics of one unit, including a couple of microphones with control on spacing and distance that, being this a physical effect, influence the resulting sound.

It is now offered as a VST/AU/AAX/Mac/Win/32/64 bit effect. Available in the Webshop.

Note about traditional uses on guitar:

Here is an example about using R200 on lead guitar, by Bjorn Riis (see 3:50 for the description of where he used it). Bjorn takes care of the website www.gilmourish.com

Here is the video with the full song: