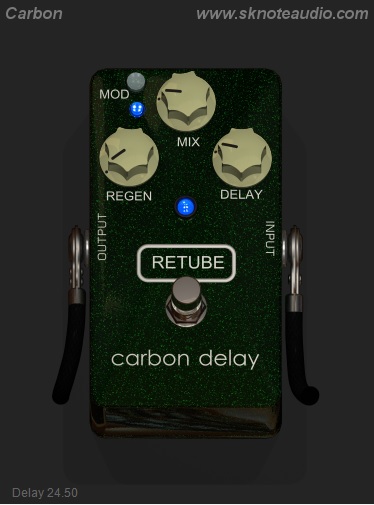 Carbon Delay is a faithful model of an Analog BBD Delay pedal, with its organic sound and an optional Modulation mode which adds a chorus quality with short or long delay settings and a great separation of echoes from the source with discrete delay settings.

Great on guitar, it is useful on all kinds of sources while keeping an extremely simple set of controls and features. It just sounds right.