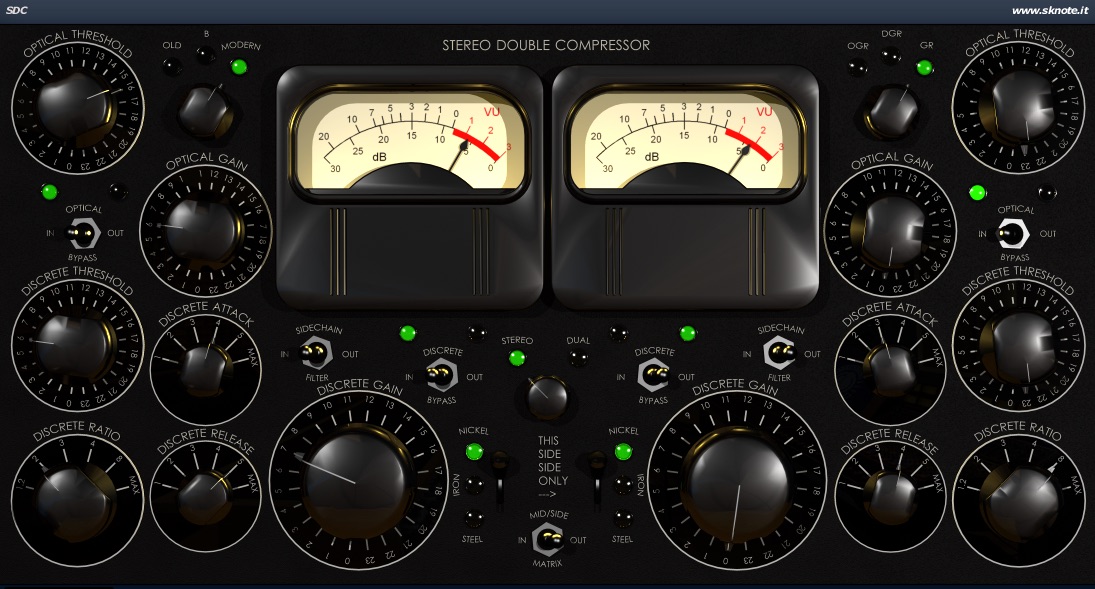 Mastering is all about making an already good mix sound even better. Using a mastering-grade compressor, then, is pretty much mandatory as it helps to glue all the different parts together, and make them sound more coherent. In many cases, a stereo (L-R) compressor would get the job done decently. However, sometimes processing the mid and side signal independently might be the better choice; if you’ve got a lot of differences between those two for instance. Such is the case in the following tutorial, in which we show you how to master an uplifting trance tune. Since the stereo image of the song is rather wide, we want to use M/S-compression to get the best result. Hence, we turn to the SDC compressor plugin. Not only is the SDC a great stereo and dual mono, but also a sweet mid/side-compressor – let’s see what we can do with it!

After placing an instance of SDC on the master bus, the first thing we do is to activate the MID/SIDE-MATRIX with the toggle switch in the middle of the interface. Now the two compressors on the left will process only the mid signal, while the right side takes care of the sides. As for the mid, we’re going to use both compressor units: OPTICAL and DISCRETE. We choose the OLD mode for the OPTICAL unit. This mode is slower than the other two, B and MODERN, and sounds subtler in our case. An average gain reduction of 5dB will be enough.

Next we turn on the DISCRETE unit via the corresponding toggle switch, and engage the SIDECHAIN high pass filter. A fairly long ATTACK value of 4 makes sure that the transients stay intact, while a MAX RELEASE time gives us a smooth compression effect. With a RATIO of 3 and a gain reduction of approx. 3-5dB the effect will be noticeable without sounding too obtrusive. Lastly, we choose the IRON transformer via the toggle switch in the middle of the interface. This transformer lends the source signal some additional character; not as much as the STEEL but more than transparent NICKEL option.

The compression for the side signal – handled by the units on the right side of the interface – should be less intense. Therefore, we just skip the OPTICAL compressor and only turn on the DISCRETE. Again, we engage the SIDECHAIN, but unlike last time we go for the fastest ATTACK and a fast RELEASE time. The ratio also stays at the lowest possible setting of 1.2:1. In the end, there shouldn’t be much more gain reduction of a couple of dB. To finish things of, we choose the IRON transformer again. 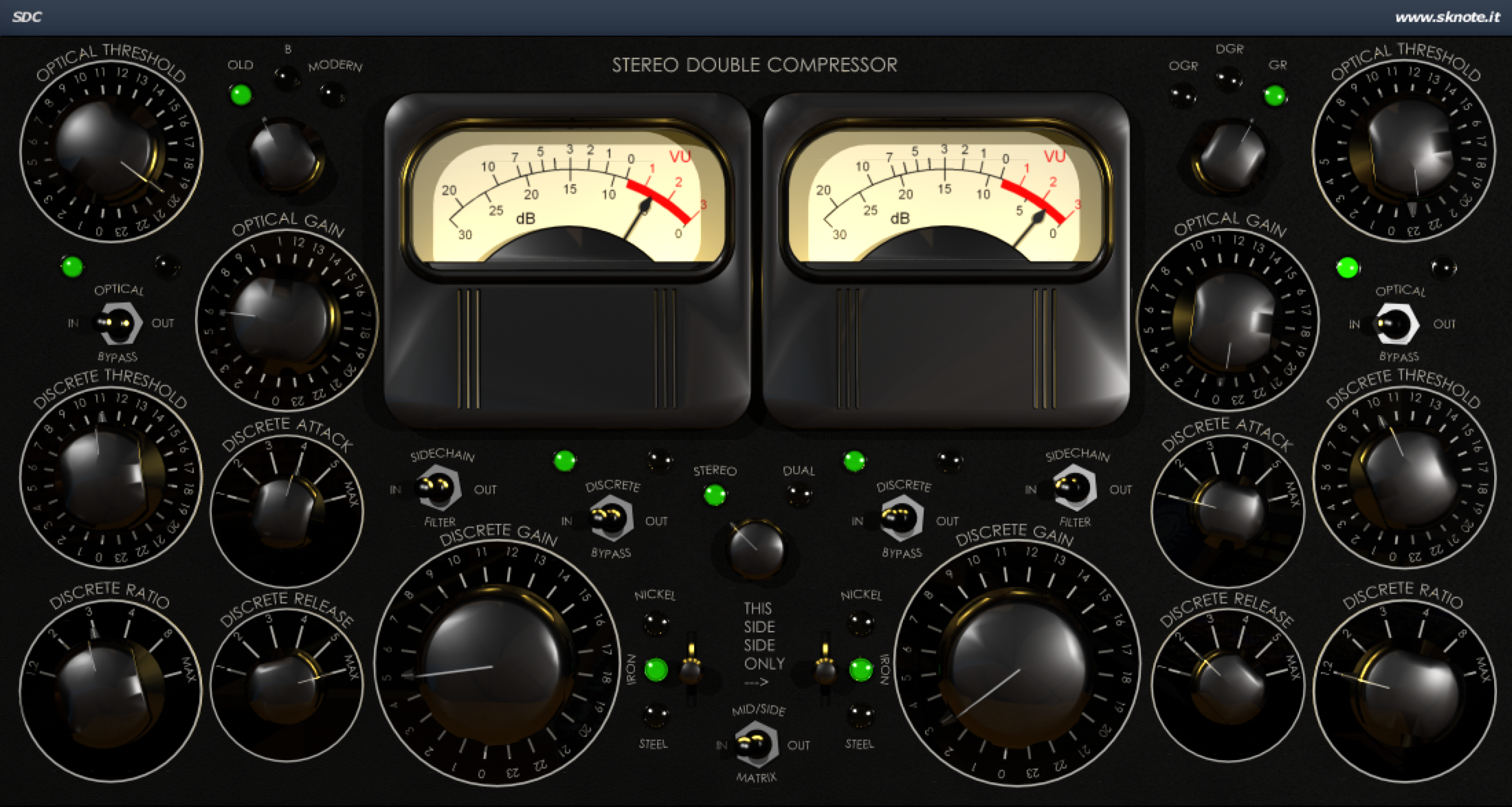 So, what did we do here actually? By using both OPTICAL and DISCRETE compressor for the mid signal we reduced its dynamic range and gave it more consistency and weight. However, by using only a little bit compression on the side signal, we preserved much of the movement, and thus created a dynamic stereo field. The result is a noticeably enhanced sound that’s open yet powerful and clear.

And here’s what it sounds like with M/S compression courtesy of SDC:

You can download the preset for SDC here: SDC MS Mastering Trance Preset.FXP