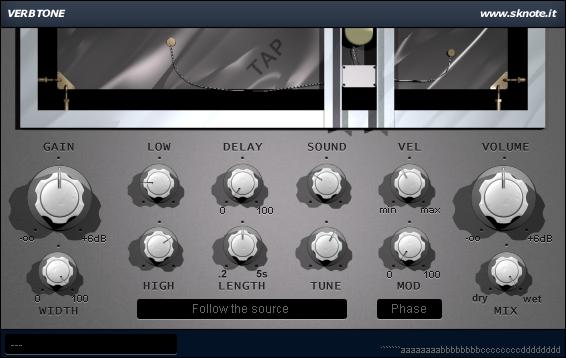 In this tutorial, we’re going to use the Verbtone plate reverb plugin to lend some rather dry nu metal drums more depth and space. When mixing drums, a plate reverb is often a great choice: it generally sounds smooth and natural while also creating a three-dimensional space. Verbtone is a physically modeled reverb which gives you detailed control over the actual sound of the effect.

We’re using Verbtone as a send effect so we set up an effect send from the drum track, and place an instance of the plugin on it. Let’s go through the controls from left to right: the first thing we do is turning up the HIGH-knob to about two o’clock. This will increase a low pass filter to roll off some highs and make the overall reverb more unobtrusive.

Next we increase the LENGTH of the tail. Below that control is a drop-down menu. We choose ‘Follow the source’ instead of ‘Split Stereo’. This means that the reverb sound will come from the same direction as the source signal. It’s especially useful for drums, because the individual hits of a drum set all come from slightly different positions in the stereo field. With ‘Follow the source’ selected, the effect will have a very natural sound.

Next up are the SOUND- and TUNE-controls. We turn both all the way down to create a darker tone that suits our metal drums perfectly.

The interface of Verbtone should now look something like this: 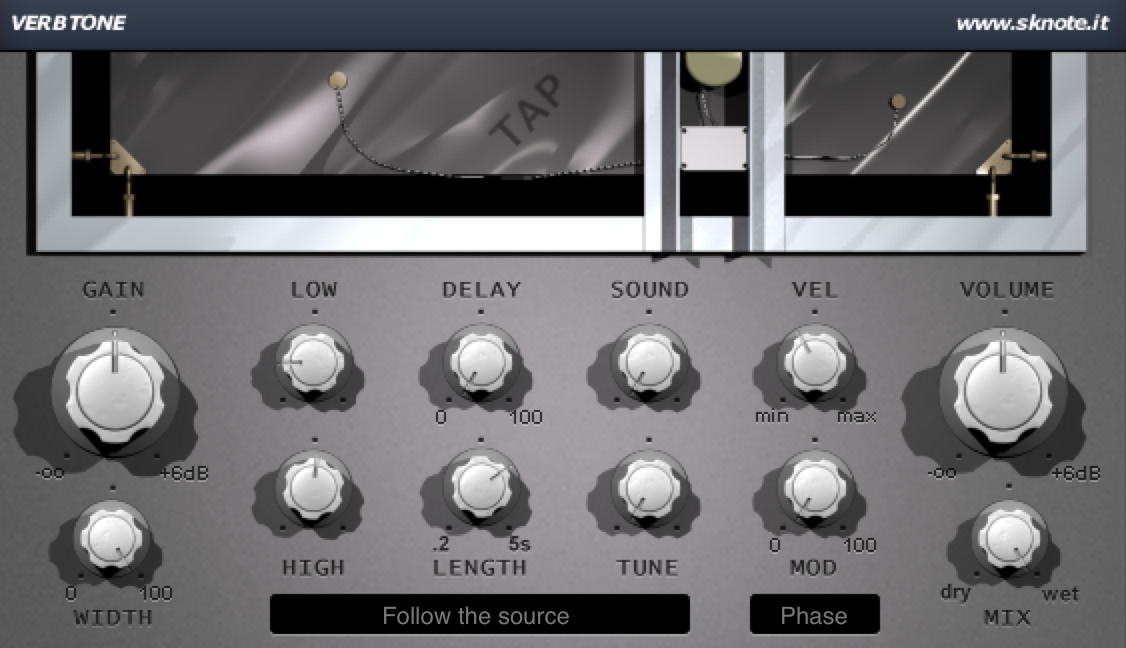 We didn’t touch all the controls Verbtone has to offer, but we’re already finished! You will notice that the reverb sound we created isn’t really that obvious. Rather, it sits well behind the drums, making them sound bigger and not so sterile.

Here’s what the drums sound without Verbtone:

And here’s what they sound like with Verbtone engaged: