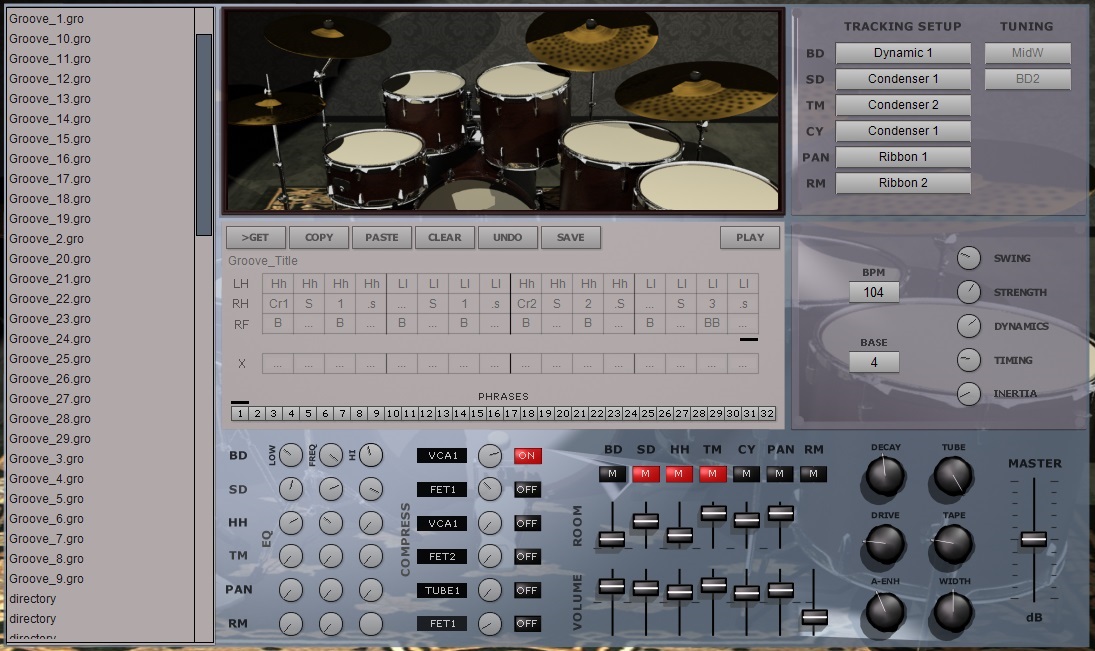 Following the last tutorial, in today’s session we’re going to continue to explore the capabilities of the MotorTown virtual drum set. After some initial treatment inside the MotorTown plugin itself we will use SoundBrigade as well as Mattertone to turn the acoustic drums into a more electro-esque beat.

We start with some general customizations in the MotorTown plugin. After setting up a basic 4 to 4 rhythm we change the microphone of the bass drum to ‘Condenser 3’ and the tuning to ‘Hi2’. Now the kick sounds very defined and clear. We also change the tuning of the snare to ‘Mid’. Speaking of the snare, we crank up the highs in the EQ section and smash it with a ‘VCA1’-compressor. A similar EQ setting is then also being applied to the bass drum. Before adjusting the overall levels of both drums, we turn to the global controls which are crucial for achieving the desired tone: While we set ‘DECAY’ to minimum, we turn ‘Tube’-saturation, ‘DRIVE’, and the ‘A-ENH’ enhancer all the way up. Finally, we also increase the stereo ‘WIDTH’ a bit. Now the drum beat sounds really tight and punchy – the perfect starting point for the upcoming treatment!

The interface of MotorTown should now look something like this: 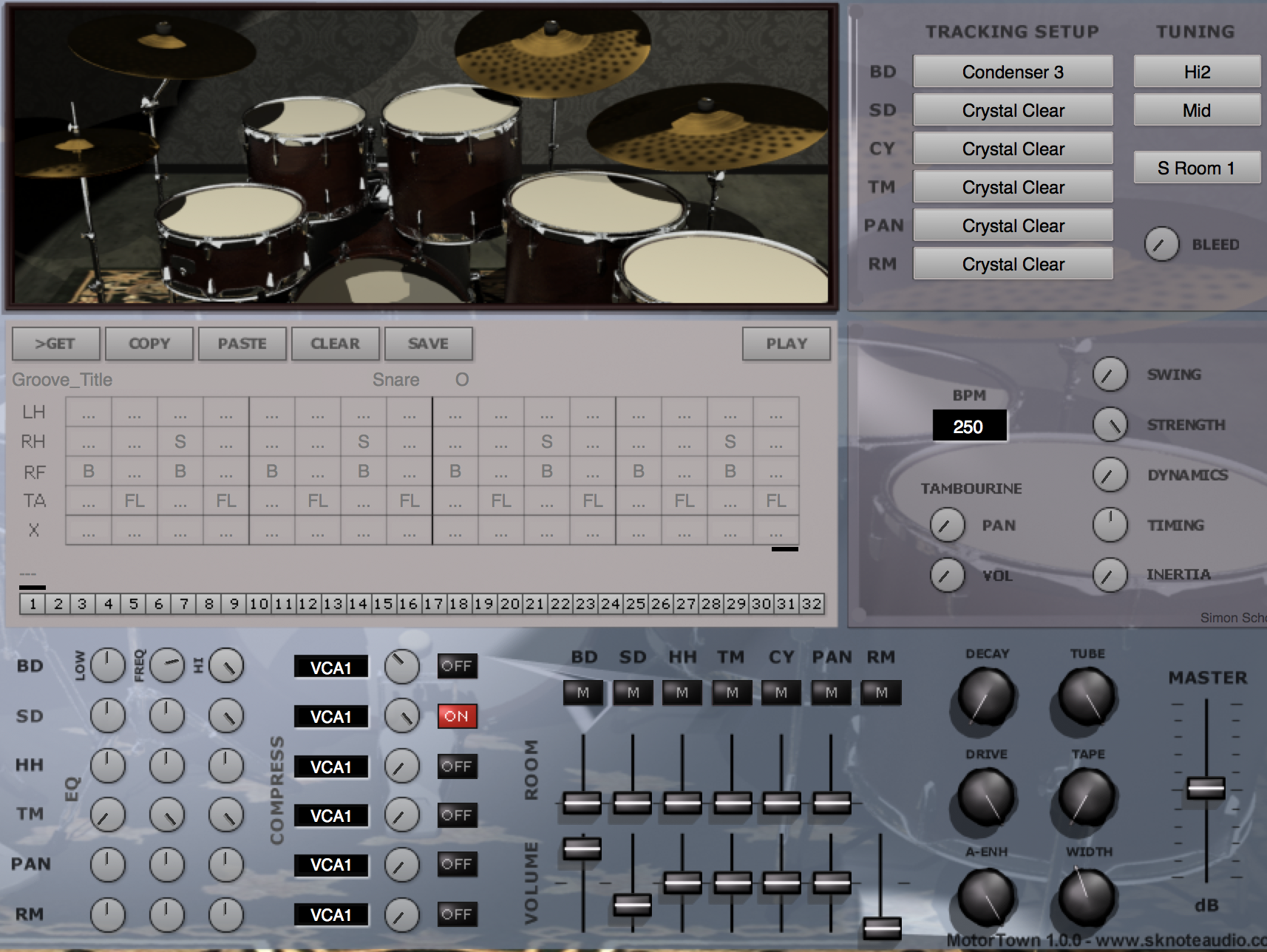 The next plugin in the chain is SoundBrigade. We will use its ‘rotate’-mission to rotate the phases of the incoming audio signal and thus give it some electro-esque vibe. There’s not so much for us to do here as the plugin does most of the job for us. All we do is to choose the ‘rotate’-mission on the right, and move the ‘CENTER’-frequency to the left. This means that the higher frequencies of the audio won’t be affected which will help to keep the drums tidy without messing them up.

The interface of SoundBrigade should now look something like this:

The last plugin we’re going to use is the multiband envelope shaper Mattertone. This will, er, ‘shape’ the drums and give them their final touch. The ‘RELEASE’ time is set to minimum on all three bands so that everything sounds tight instead of loose. We then set the ‘ATTACK’ of the highest band to maximum, of the second band to about two o’clock, and increase that of the lowest band just a tiny bit. Most notably, these settings enhance the snare drum so that it cuts through the mix.

The interface of Mattertone should now look something like this:

Curious what the plugins sound like all together? Well, here you go!

And here’s what the same loop sounds like with SoundBrigade and Mattertone engaged: