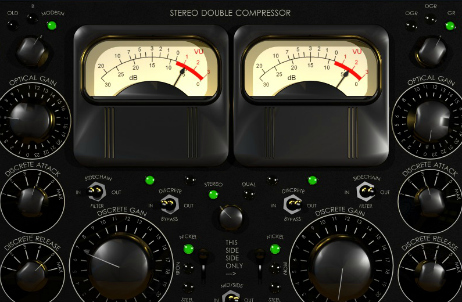 In the last session, we used the GTS-39 compressor to push a raw and heavy Drum’n’Bass drum loop to the limit. In this tutorial, however, we’ll do kind of the opposite, and treat a modern sounding drum track with some carefully adjusted compression – so that it sounds polished and radio-ready in the end! Being a mastering grade compressor, the SDC will help us achieving this goal, thanks to its detailed yet powerful sound.

Here’s what the track sounds like with no compression applied to the drums:

We start by inserting an instance of SDC on the drum track. The plugin consists of two different compressors, which work in series: one VCA unit, followed by one discrete optical compressor. We will use the first stage to shove off some peaks, and then use the second stage to glue the different drum hits together.

Setting up the VCA compressor doesn’t require a lot of work: we simply lower the OPTICAL THRESHOLD until we get an average gain reduction of -2dB to -3dB (indicated by the left VU-meter). After bringing the volume back to its original level by turning up the OPTICAL GAIN, we finally switch to the MODERN-modern using the control in the upper left corner. This mode is faster than the other two ones, and thus works great on transient-heavy material, like drums.

The discrete unit has got a few more controls. In order to actually use this compressor, we have to turn it on first, which can be done using the DISCRETE-IN/OUT toggle switch below the left VU-meter. And while we’re at it, we also engage the SIDECHAIN high pass filter to keep the very low frequencies out of the compression circuit. We then choose the longest attack time (DISCRETE ATTACK) to emphasize the transients, and the shortest release setting (DISCRETE RELEASE) so that the compressor recovers fast enough to catch every hit. The ratio (DISCRETE RATIO) is quite high in our case, 8:1 to be precise. However, we don’t want to overdo the effect, so we turn down the DISCRETE THRESHOLD until we only get a decent amount of gain reduction of -5dB to -7dB (note that the compressor is mostly triggered by the kick and snare). The NICKEL-transformer is perfectly fine in our case, because it’s got a nice character to it, that will add just a tiny bit more weight to the source signal. 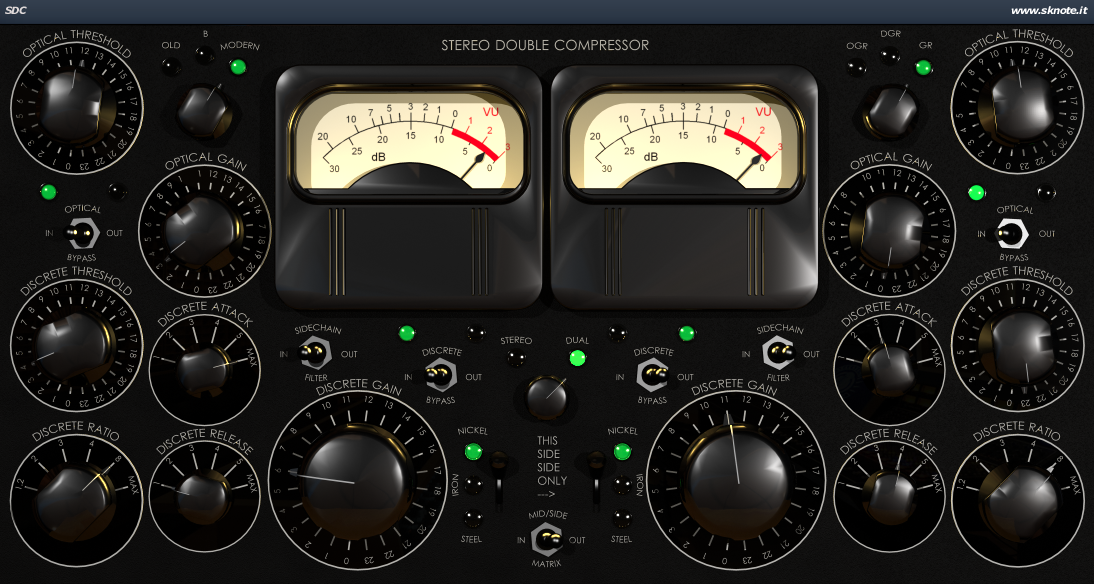 All right, now let’s hear what our song sounds like with the SDC engaged:

You can download the preset for SDC here: SDC Hifi Drums Preset.FXP