Using SoundBrigade as a De-Esser 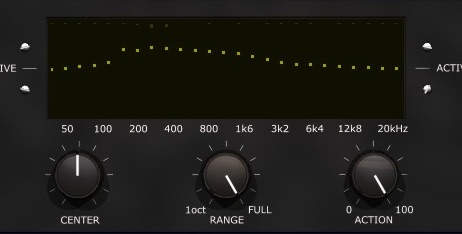 Dealing with sibilance is probably one of the most frustrating tasks when it comes down to mixing vocals. Even the most perfect singers in the world sometimes can’t help but overemphasize those nasty “ess” and “shh” sounds, making an otherwise gorgeous take hard to listen to. Fortunately, there are some handy tools available nowadays which can precisely address the critical frequencies, while still maintaining the dynamics of the source signal – commonly known as de-essers. SoundBrigade can surely be described as de-esser, but in fact it takes the underlying concept a whole step further. Let’s look into it!

First, here is the sample track we will be working with. You will probably know what we mean by ‘sibilance’ straight away:

From the total of five missions two are especially suitable for de-essing vocals: tame and master. Both work similar in that they attenuate a user-definable frequency area whenever the frequencies in those areas cross a specific threshold. However, master is slightly more detailed in operation, sometimes allowing for an even more natural or organic result. It can also even out the entire frequency spectrum. We will go for this mission for now, but it is always worth comparing between those two to get the perfect effect.

We will utilise the plugin as an insert effect, placing it directly onto the vocal track. Since the “ess” and “shh” sounds are quite aggressive in our example, we set the TILT-control to 6dB/o. The higher slope of the filters in SoundBrigade will make the effect a bit stronger in the end.

Next we set CENTER, RANGE, and ACTION all to maximum. The display in the middle will show us the positioning of the filters accordingly. As with those settings, only the higher frequencies will be affected – which is just what we want, because that is where the sibilance comes from.

We then lower the threshold (THR) until the display shows a decent amount of attenuation. Since this caused an overall drop in volume we use the MAKEUP-gain to bring it back to its original level.

Now let’s go back to our ‘harsh singer’ and see what we could improve here:

Not only did we eliminate all those unwanted sounds, but we actually added somewhat more body to the voice thanks to the now balanced frequency spectrum.