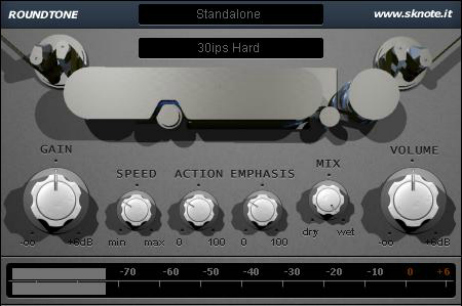 Digital audio is often said to be too clear, sterile, almost. While this may definitely have its advantages and make life easier in quite a few ways, many people still miss the warmth and musical imperfections of analog recordings. Luckily we can re-create these effects in just about any DAW, and one way to do so is to use a tape machine plugin. Roundtone is such a plugin, and it provides you with pretty much every functionality that you would expect, like tape speed, wow and flutter, and more.

In this episode, we’re going to use Roundtone to give a techno tune some sweet old school flavor – so let’s get into it!

While the music as such surely has that kind of retro feel to it, the production is fairly flat. There’re also some nasty high frequencies, especially on the synth sound – good thing, this is something that we can fix with a tape emulation as well!

Since we wish to affect the whole mix we insert an instance of Roundtone on the master bus. With its several controls the interface may seem a little intimidating to newcomers at first, but once you know how to use which feature it is actually very straightforward – don’t worry, we’ll talk you through everything in detail!

Well, that was quite a bit of work – but we’re sure it will be worth it! The interface of the plugin should now look something like this: 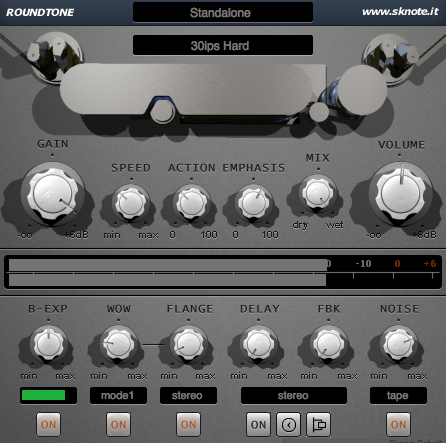 As you can tell, the changes are pretty drastic – the song gained a lot more weight and has really been glued together, thanks to the tape saturation and dynamic effects. We also, er, rounded off the edges so that the high frequencies don’t jump out as bad as before. Yet it doesn’t sound static or dull at all!