Bringing out the snare in a drum loop with SoundBrigade 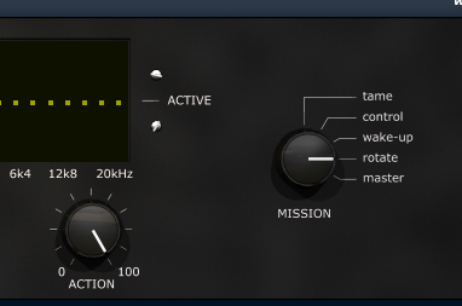 As a musician or producer you might know this situation: You’ve got an awesome sounding drum loop, but the snare drum could be a little more present, a little bit more ‘in your face’, and some more top-end couldn’t hurt neither. But how would you achieve that? You could of course use an EQ and boost the mids and highs in the audio signal. On the downside, however, this treatment would be static, so to speak, because the equalizer simply doesn’t react to the loop’s distinct elements, but always apply the same effect instead. In other words, this method is rather limited – if you’re lucky you’ll get a usable result, but chances are that you’ll still be unsatisfied.

Enter: SoundBrigade. Apart from its capability to dynamically attenuate unpleasant frequencies in a source signal, the plugin can actually do the opposite too, with its ‘Wake-Up’-mission. We’ll show you how it works!

Start by inserting SoundBrigade on the same track as the drum loop, and then set TILT to 6dB/o. Then choose CONTROL below, which means that all the frequencies that pass the THRESHOLD are processed equally. Now set the MISSION-knob to WAKE-UP. Since you only want to process the snare and hihats you will exclude the lower frequencies (i.e. the kick) from the circuit by adjusting the CENTER- and RANGE-controls correspondingly. Please make sure that the filters (the small yellow lines in the display) start at around 400Hz and then go all the way up to 20kHz. You should already be able to notice some improvements on the sound. Now you can begin to lower the THRESHOLD on the left until you find the perfect amount of ‘enhancement’. If you feel that the volume increased during the process you can use the MAKE-UP-knob to turn down the level again.

That’s pretty much it – let’s see how it all sounds in a real world comparison!

And here’s the same track with only one instance of SoundBrigade added:

Note how the drums gained energy and definition, while still retaining all the vital dynamics – that’s the sound of SoundBrigade!